Learn more from the options below 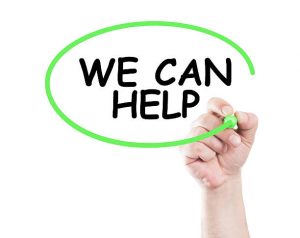 We can support your community as a third party – for example a Parish Council resisting development on appeal. Our support might include including preparation of evidence on policy objections and other specifics, including use of Neighbourhood Plan policies and viability matters.

We can also undertake written representations and, in addition, CFO would be able to co-ordinate case preparation, working alongside others and supporting arguments at hearings and inquiries as an expert witness.

Within the planning system applicants have a right to appeal against decisions of the decision making bodies. This can take one of three forms,  the usual is written representations,  there is also scope for a hearing (with an Inspector) and finally for complex schemes a full inquiry with its own set of procedures rules. Inquiries are quasi-judicial events with evidence presented by both sides, cross examination, all overseen by an appointed Inspector.

So called Rule 6 parties are entitled to give evidence, these being agreed at an early stage as having an interest and this may include landowners, communities, various bodies and so forth.  It should be noted that there is no automatic right for a third party to challenge or appeal against a grant of planning permission. Decisions may be challengeable on the basis of a mistake in law through the judicial review process.

Appeals may be expensive in time and money if dealt with by Inquiry including production of proofs of evidence, agreement of Statements of Common Ground, drafting conditions, Planning Obligations. Written representations are considerably cheaper however.

Learn more from the options below

Energy Prices, Climate Crisis. What can we do?

Public meeting and discussion: We face two big challenges: a changing climate and fast rising energy prices. There are common ...

Exciting grant programmes are now available via OCF. There are 3 funding opportunities. Check out their website for more deta ...